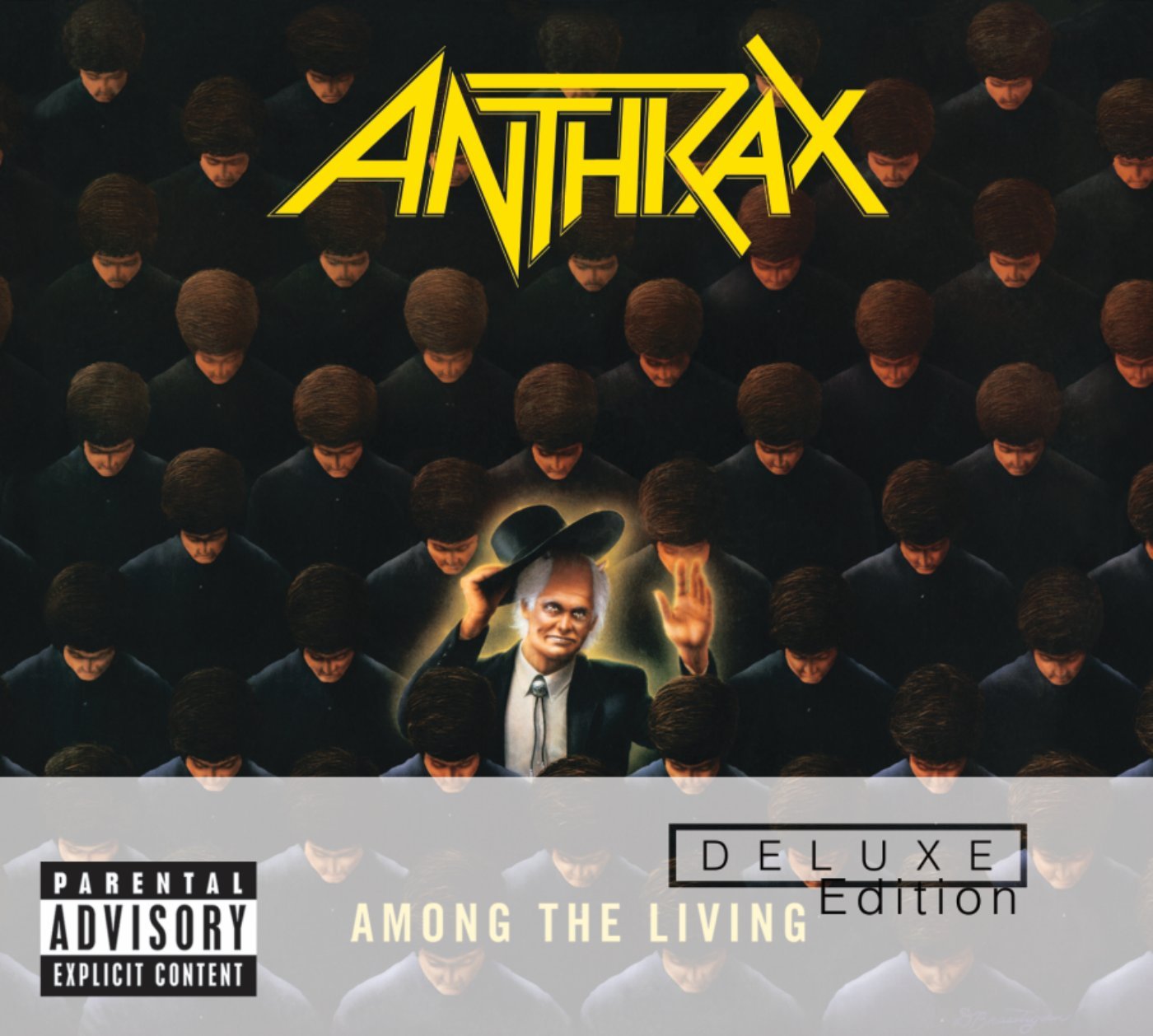 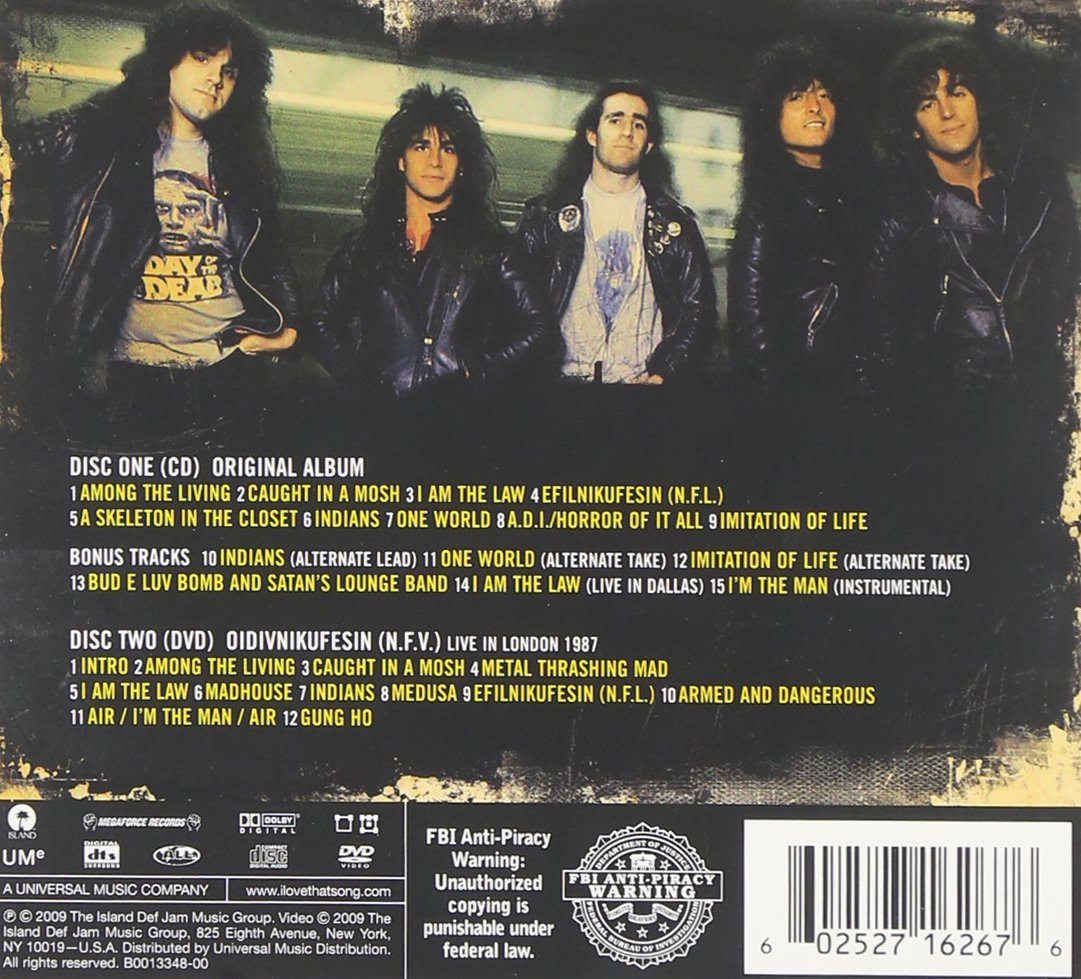 Pioneering metal band Anthrax, one of the genre's most influential, innovative and respected groups, melded the speed and fury of hardcore punk with the guitars and vocals of heavy metal to help create speed and thrash metal. Now what many consider the group's greatest album, 1987's "Among The Living," has been expanded with bonus tracks and a concert DVD, and digitally remastered for the first time, for the CD+DVD package AMONG THE LIVING (DELUXE EDITION)

"Among The Living," originally produced by Eddie Kramer and Anthrax, was the band's third full-length album and featured the lineup of singer Joe Belladonna, lead guitarist Dan Spitz, rhythm guitarist Scott Ian, bassist Frank Bello and drummer Charlie Benante. Building on an underground following with signature tracks such as "I Am The Law," "Caught In A Mosh" and "Indians," the album catapulted Anthrax to widespread recognition and earned the group's first gold award. "Among The Living" also marked the height of the band's use of horror and comic book inspirations, with the title track and album cover image based on the Stephen King novel "The Stand," "A Skeleton In The Closet" on King's novella Apt Pupil, and "I Am The Law" on the comic book character Judge Dredd.

Added for the new AMONG THE LIVING (DELUXE EDITION) version are previously unreleased studio outtakes of "Indians," "One World" and "Imitation Of Life"; an instrumental of "I'm The Man"; a live-in-Dallas 1987 version of "I Am The Law"; and "Bud E Luv Bomb And Satan's Lounge Band," originally released as the "I Am The Law" b-side. The bonus DVD is the live-in-London concert film "OIDIVNIKUFESIN (N.F.V.)," which went gold when issued on video in 1987. Concert in Celebration of the Winter Solstice-2007 [DVD] [Import] B004I6KDDQ